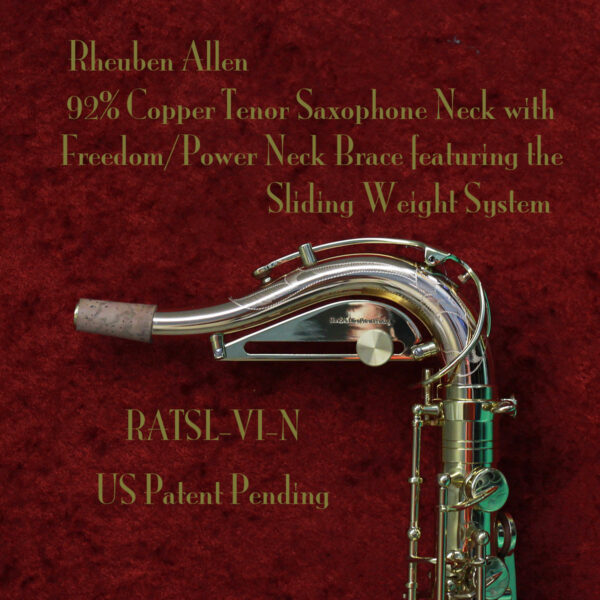 92% Copper Tenor Sax Neck w/ Sliding Weight System.  This sliding weight system saxophone is patented by Rheuben Allen.
It offers the saxophnonist the ability to change the sound and response of the neck by simply sliding the seight along the neck brace. Geoff Nudell talks about the necks…
https://www.youtube.com/watch?v=tAFReKrGqqw

Brass used in saxophones is usually 70% copper and 30% Zinc. Raising the copoer contient changes the tone quality and resopnase of the saxophone…..

The 92% Rheuben Allen Copper Neck is for the main tube only. The brace, key and weights are brass.

Copper is a chemical element with the symbol Cu (from Latin: cuprum) and atomic number 29. It is a soft, malleable, and ductile metal with very high thermal and electrical and vibration conductivity.  A freshly exposed surface of pure copper has a pinkish-orange color.  Copper is used as a conductor of heat and electricity, as a building material, and as a constituent of various metal alloy, such as sterling silver used in jewelry, cupronnickel used to make marine hardware and coins, and consistantly used in strain gauges and thermocuples, for temperature measurement.

Brass is an alloy of copper and zinc, in proportions which can be varied to achieve varying mechanical and electrical properties. It is a substitutional alloy: atoms of the two constituents may replace each other within the same crystal structure.

It is simlilar to Bronze, another alloy containing copper, with tin included instead of zinc; both bronze and brass may include small proportions of a range of other elements including arsenic, lead, phosphorus, aluminum, manganese and silicon. The distinction between the two alloys is largely historical,[3] and modern practice in museums and archaeology increasingly avoids both terms for historical objects in favor of the more general “copper alloy”. 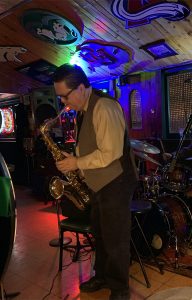