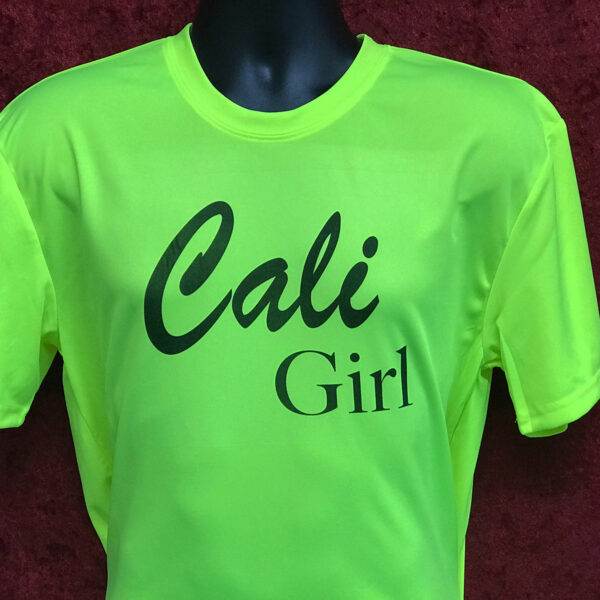 The term “Cali Girl” is used to describe girls from California around the world.

California is a state in the Pacific Region of the United States.  With 39.6 million residents across a total area of about 163,696 square miles (423,970 km2), California is the most populous U.S. state and the third-largest by area. The state capital is Sacramento. The Greater Los Angeles Area and the San Francisco Bay Area are the nation’s second- and fifth-most Populous urban areas with 18.7 million and 9.7 million residents respectively Los Angeles is California’s most populous city, and the country’s second-most populous, after New York.

California also has the nation’s most populous county, Los Angeles County, and its largest county by area, San Bernardino County.  The City and County of San Francisco is both county’s second-most populated major city after New York and the fifth-most densely populated county, behind only four only of the five New York City boroughs.

*All T-Shirts created by Rheuben Allen are for fun and entertainment only… They do not express my personal views and are not meant to offend anyone… if we cannot laugh at ourselves then we need to look hard inside ourselves…..