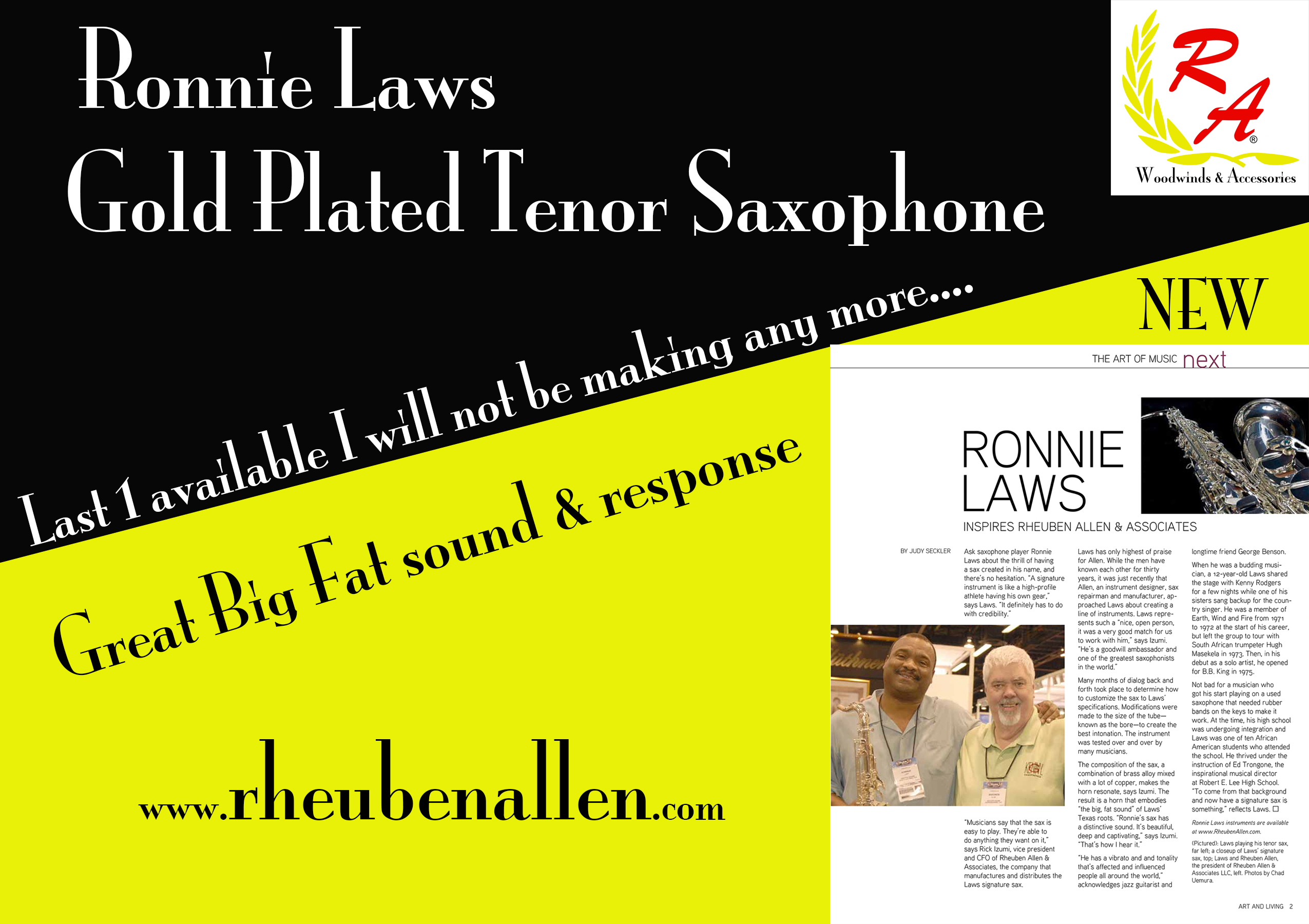 Last one ever available….. great tenor … jsut found it in the inventory…

Ronnie Laws Tenor Saxophone is Gold Plated (not Lacqueres), has a very big sound, it is the saxophone onnie plays and has played for many years… this is one of a king now….

Born and raised in Houston, Texas,  United States, Laws is the fifth of eight children. He started playing the saxophone at the age of 11.

In 1971, Laws journeyed to Los Angeles, California to embark upon a musical career. He started off by performing with trumpeter Hugh Masekela.  In 1972, Laws joined the band Earth, Wind and Fire where he played saxophone and flute  on their album Last Days and Time.  After 18 months working with Earth, Wind and Fire, he decided to become a solo artist. In 1975, Laws issued his debut album entitled Pressure Sensitive on Blue Note Records.  The album reached No. 25 on theBillboard Top Soul Albums chart.[5] In 1976, Laws went on to release his second LP Fever.  The album reached No. 13 on the Billboard Top Soul LP’s chart.

His third album,Friends and Strangers,  was issued in 1977 on United Artist Records. The album has been certified gold  in the US by the RIAA.  Laws’ fourth studio LP, entitled Flame was released in September 1978 on United Artists. The LP reached No. 16 on the Billboard Top Soul LP’s chart.

His follow up album Every Generation  was issued in 1980 by United Artists Records.[12] The album reached No. 4 on the Billboard Top Soul LP’s chart.